I finished reading Victor Hugo’s novel, The History of a Crime: The Testimony of an Eye Witness this afternoon. It’s comprehensive. The French Revolution was horrific, but it doesn’t make America’s War Between the States look exactly humanitarian either. It was a tense read for me. Hugo, however, does articulate some mollifying humanitarian principles.

The star possesses no anger; the dawn bears no malice. Light is satisfied in being light. Light is everything; the human race has no other love.

France knows herself beloved because she is good, and the greatest of all powers is to be loved. (italics mine)

Spiritual and other reasons we fish for trout

Since last Saturday, weather and work squeezed out any fishing time for my husband and me until today. This morning we finally had time to go to the nearby pond. The legal limit for trout there is five per day per person. I caught the limit in less than an hour. None seemed to want to hitch on to Vic’s line, though we were using similar lures.

One trout rode my hook, and I reeled him in to shore, only to have him jump back into the water. After a brief time, he evidently regretted his escape, and swam back to the shore and stopped there. I reached in with my grippy glove and lifted him from the water. He was passive or exhausted. I handed him off to Vic for dispatch. He discovered the source of the trout’s passivity. In a previous encounter, he had swallowed a hook and escaped with it. The hook was lodged in his stomach. How sad; but I suppose he appealed to us to end his misery. Vic has read that fish have no nerves in their mouths, but that is not to say that a hook in the stomach doesn’t hurt.

We returned home with the five and Vic prepared them for canning. They filled three quart jars.

Fishing is such a blessing. I’m violently allergic to fish, but I love fishing. My husband also enjoys fishing, and fish is a healthy component of his diet, as well as a food he finds very agreeable.

Our Lord shared fish with His disciples after His resurrection. Fish is a Gospel food, and all we catch is thankfully consumed.

Spring contains the promise of resurrection

. . .and all manner of other good things. 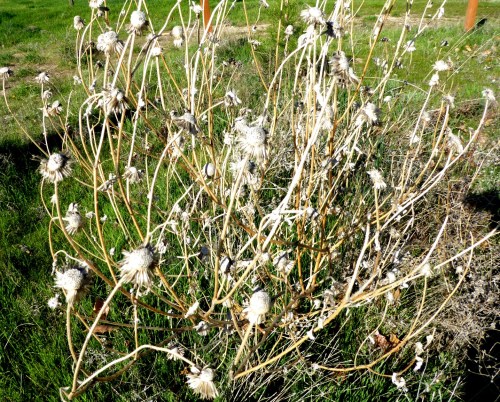 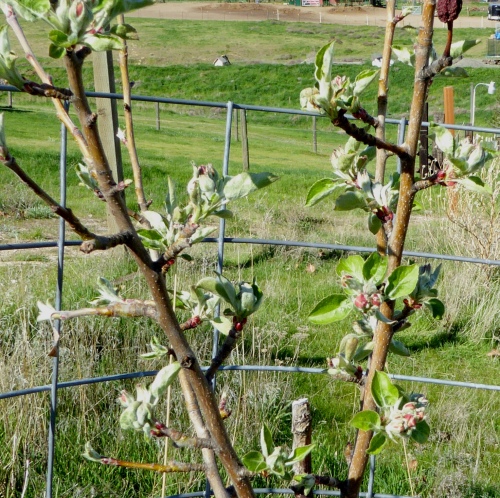 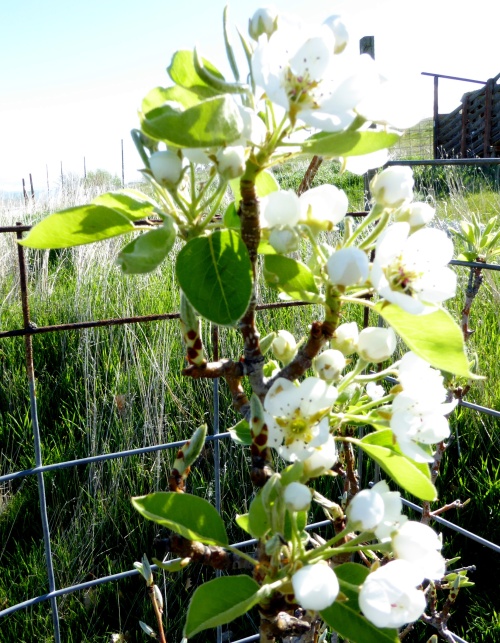 However many times I have read this before, I was particularly stirred as I read Psalm 17 last night, especially the last verse; I think it invoked the “floods, fire, famine, rape, and war” motif that my high school World History teacher always used to describe trying times, especially current politics. Far more significantly, the verse provides dimension to the promise God will unfailingly keep.

“As for me, I will see Your face in righteousness;
I shall be satisfied when I awake in Your likeness.”
–Psalm 17:15 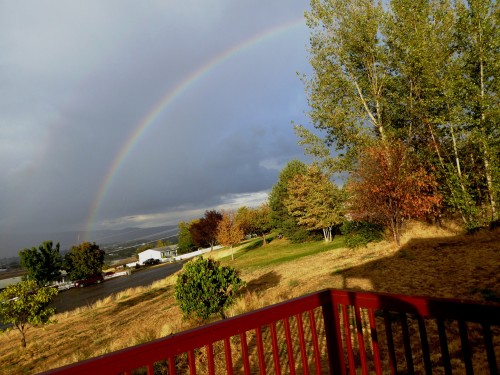 While the earth remains, seedtime and harvest, cold and heat, summer and winter, day and night, shall not cease.” — Genesis 8:22 (ESV)

Recipe for consolation: a gentle rain, a millet-eating cat, and a dear friend’s blog post. . .

I just came in with Effie from our garden and a gentle rain, and saw that Heidi had just launched a lovely post on her blog, with a heartening reminder of God’s sovereignty from the fifty-second Psalm. It was particularly meaningful for a number of reasons, most having to do with some current local political contentions, an arena which probably always involves man’s stupidity of boasting of evil. I took extraordinary comfort in the gentle rain and the simple joy of seeing Effie’s enjoyment of her wild millet, and then the focus of Heidi’s post.

Raincloud days often are so beautiful.

Filed under Action & Being, Pneumatos

Given the blessing of structuring my own time for the most part, I suppose it satisfies my sense of order and need for self-discipline to maintain a routine, with particular household tasks assigned to particular days of the week. My task assignment logic accommodates my limited energy. So far, I have kept my current routine ever since we completed the remodeling and organization of our current home, six months after moving in five years ago.

Tuesdays I clean the inside glass and tracks and inside frames of all the windows in our house, and wipe down all upholstered chairs and the kitty hammock. The window-mounted hammock was Coolidge’s perch of choice for 13 of his 17 years. It replaced the custom bay window we made for him when we replaced all the windows in the house where we were living when we adopted Coolidge as a kitten. When we moved four years later, I saw the hammock in a catalogue for about $500 less than a custom bay window. Its fleece cradle was also softer.

For the final weeks of his life, Coolidge was too weak to jump into his hammock, and I didn’t lift him into it because I was afraid he would hurt himself trying to jump out. He no longer jumped onto window sills, or anything off the floor at all. He preferred a blanket or towel on the floor. I continued to wipe down the windows every Tuesday, even though there were no longer nose prints to wipe off.

Coolidge lived and died with his sense of autonomy for the most part intact. In his final days, I had to syringe food, and finally only water, into his mouth. I still feel the presence of crushed heart shards that seem beyond repair.

The hammock is now Effie’s. Effie is young and active, outgoing and playful; she has boundless energy and loves the outdoors that Coolidge emphatically shunned. She monitors the grounds from every window sill in the house, as well as her hammock.

A sense of purpose is restored to my Tuesday windows routine. Not only do I share play time with Effie as she pursues her white mouse toy suspended about my wrist as I clean, but once again, nose prints present themselves for wiping from the glass, and tiny toe prints for wiping from the sills, because she muddied her dainty paws a bit when I took her out in the garden. Effie is also an ace fly assassin, adding organic residue to routine nose and paw prints. Fly matter is removed upon first appearance; some things don’t wait for the Tuesday routine.

The seemingly trivial is not always trivial. A sense of purpose elevates the trivial to the purposeful. Since purpose is a human imperative, and life can too easily be trivialized, I find Effie’s nose prints on our windows at least as significant, for instance, as Descartes’ Causal Adequacy Principle.

Filed under Action & Being, Cats, Pneumatos

“Light was the first thing called into being in the material creation (Gen. 1:3). Light about our own state is the first work in the new creation.” –J. C. Ryle, The Upper Room, Ch. 7

A worthy saying, that explains many things

“Without Scripture faith is an aimless gazing. Without faith Scripture is a closed book.” –Abraham Kuyper: Faith

“Remember, your afflictions are among the ‘all things’ which work together for good.”–A. W. Pink, Comfort for Christians